We take a lot of pride in our students' achievements.

Each Friday we come together for a whole-school assembly where we celebrate students' achievements  through special mentions and 'Independent Learner of the week' certificates.

At the end of each term we hold a special awards assembly where a 'Learner of the Term' and an 'Independent Learner' within each department are awarded trophies.

At the end of the Summer term, we also celebrate qualifications gained and award special trophies that are named after a unique student or member of staff who has had a great impact on our school. 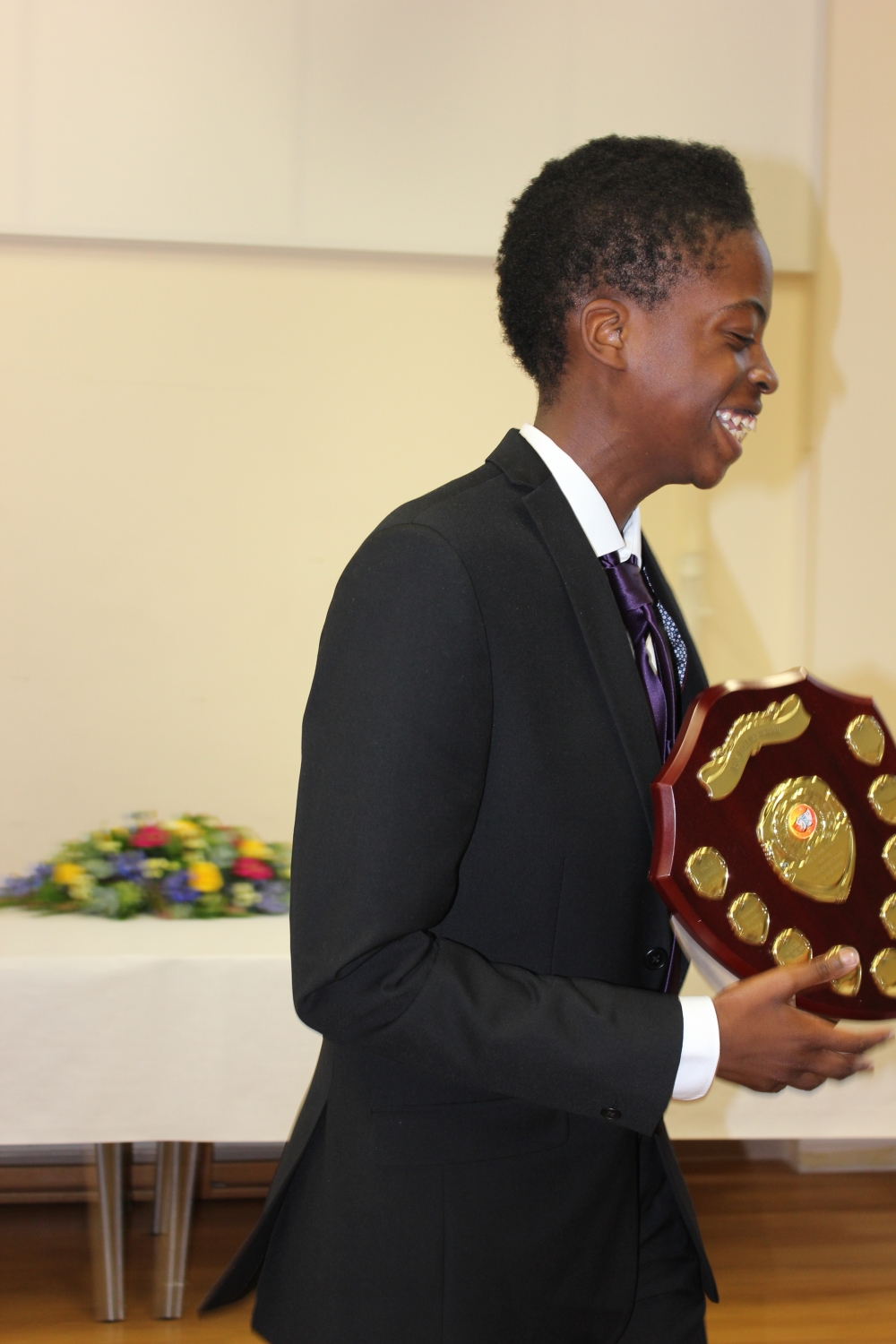 For the pupil who has not just an interest but a talent for performing. Claire was a pupil who threw herself into the Arts, took part in lots of performances and out of hours clubs, and was a larger than life stage personality. Now, many years after she passed away, it is a joy to see her remembered each year in this award. Claire’s Dad gives out the award every year and it means a lot to him to see the new Arts talent being recognised.

for the pupil who contributes the greatest sense of fun and enthusiasm  to school activities over the year. Every class that Celia ever taught was full to the brim withexcitement and enthusiasm from both staff and pupils. Lessons were pupil led, Celia was never daunted by jumping ship and exploring uncharted territory. Stories about her are Legendary. Every year a small group of pupils amaze staff with their absolute enjoyment of everything they do. Some kids walk into a room and light it up with their personalities.

For overcoming barriers to achievement We all know that life can throw such challenges at us. We also know that some of us struggle with those challenges. This award celebrates the indomitable spirit that refuses to let these challenges spoil life.

For many years Alan was our Further Education Department Lead. He was committed to creating a real and relevant curriculum that took many of our pupils out into the world of work and volunteering. At the heart of what he advocated is that our young people are givers not takers, people who can become engaged and active within their communities.

Since retiring from her post of lead in our 11-14 Department and year 7 teacher, Althea has travelled abroad bringing help and support to children in need. She has seeded new schools and remains dedicated to learning for all children. Her award recognises the young person who has made the most progress overall in their learning.

Each Award ceremony is a day to treasure for all who share it.